Finally got the Optibeam OB 12-4 HF antenna assembled and ready to be installed on a tower. This thing is built like a tank, weighing in at about 140 lbs. 40, 20,15 and 10 meter bands. Can not wait to get this beast installed and up to 75 feet.

25 ft boom, Longest elements are the 40 meter elements at about 50 ft. 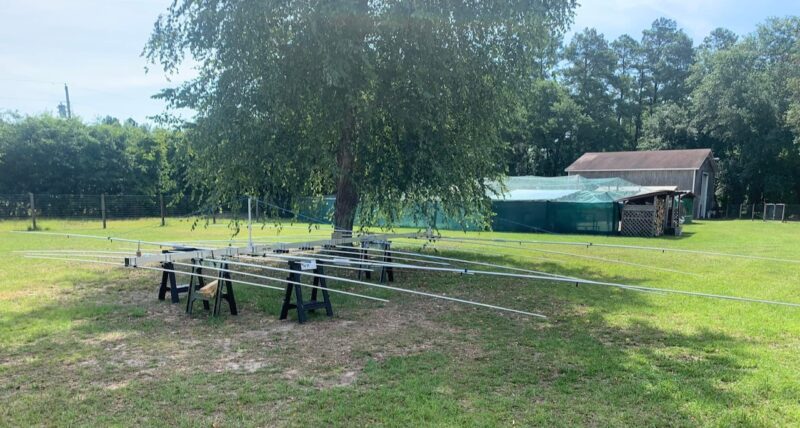 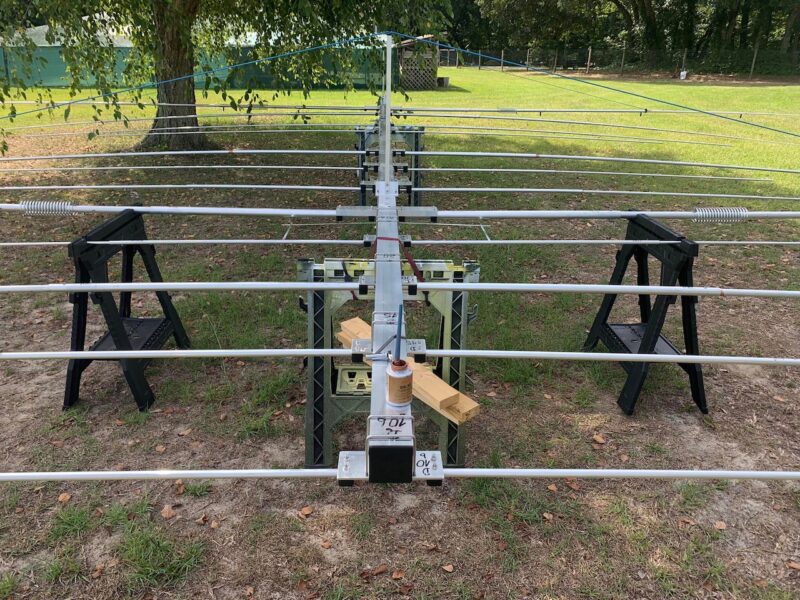 We decided to get away for 4th of July, and ride up to Virginia to camp and explore some new roads. And boy did we find them. We were out riding Saturday and Sunday. Went back home Monday. Decent weather except for some overnight rain Saturday.

So I decided to get rid of the Navigator 5, which I was using on both bikes. Slow, crashing easy, terrible screen in bright daylight, prone to lead you astray at a minutes notice, and just hard to work with. So I decided to try a Garmin Zumo XT, which is the newest iteration of motorcycle GPS from Garmin.

The XT has a very nice, super-bright screen, which works very good in day / sun light. It looks like the OS has been revamped completely. Evidently it is running an Android OS. Fine with me, as long as it works.

The old Nav 5 was sitting on a OEM Nav mount that came installed on the R1200 GSA as well as the S1000 XR. However, the mount on the XR was not lockable, so re-did the entire mount (basically a new mount including the lock cylinder. I also had to build out the mount enough with spacers behind the mount in order to clear the left side windshield bracket. But I digress.

In order to power the new XT and use it on the original mount as the Nav 5, I went ahead and ordered a conversion plate, 3D printed by a company called Adapter 3D Motorrad, based in Italy. This adapter sits between the original back plate and the XT mounting plate. Since I am using the original mount, the GPS is also locked when in place. They were kind enough to send me an additional lock lever since I was using it on two bikes. 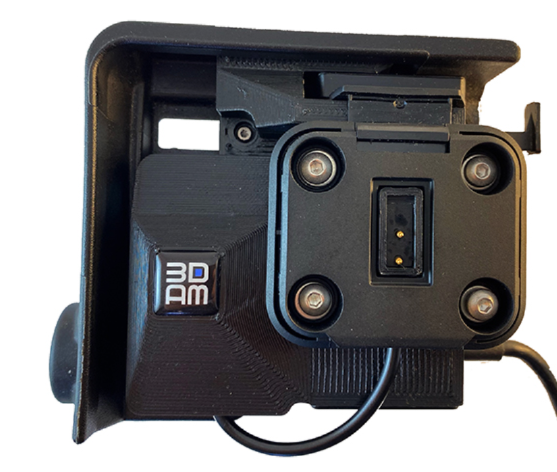 This is the original Nav backplate, with the adapter mounted. The GPS sits on the front square adapter. The GPS will sit a bit off the back plate compared to the original, which is not a big deal.

Fit right in there. I’ll do a better write-up when I have used it for a while. 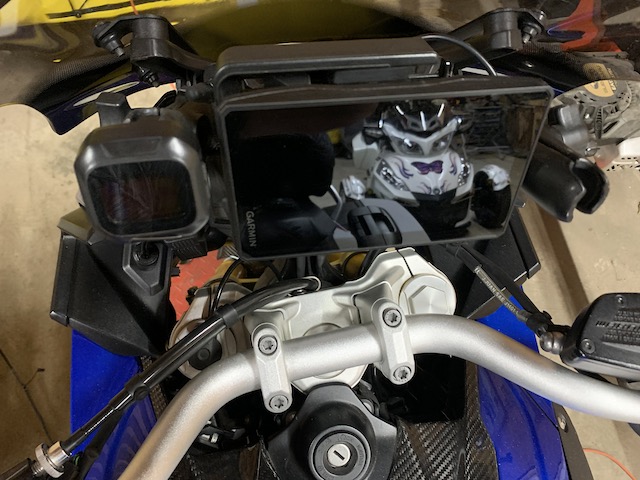 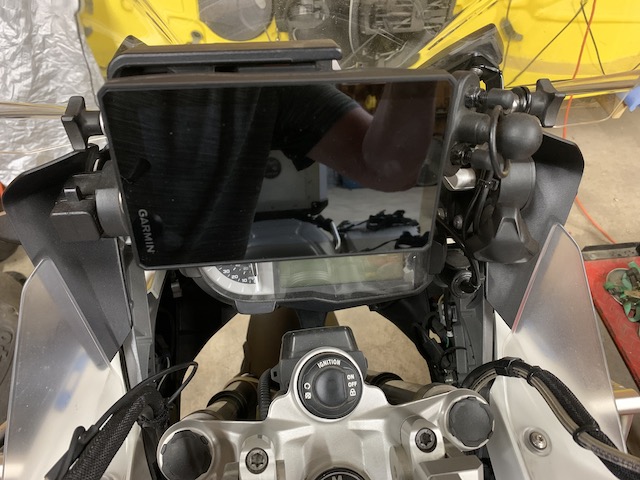